Raleigh, N.C. — Parts of the Triangle from Raleigh to the northeast are under a Level 1 risk for severe weather Thursday afternoon.

The heat will also be dangerous — with temperatures in the 90s and a heat index between 105 and 109 degrees in the afternoon. 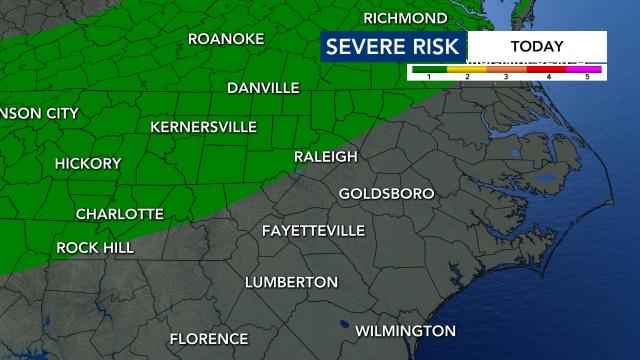 The humidity will make it feel even worse outdoors. A heat advisory has been issued from noon until 8 p.m., when the heat index could reach up to 109 degrees. The advisory is impacting central and eastern North Carolina, from the Triangle to the coast.

Storms and showers are possible Thursday afternoon and through the evening, especially for those northwest of the Triangle. Damaging winds and heavy rain will be possible.

There is a Level 1 risk for severe storms Thursday for the Triangle and points to the north and west. 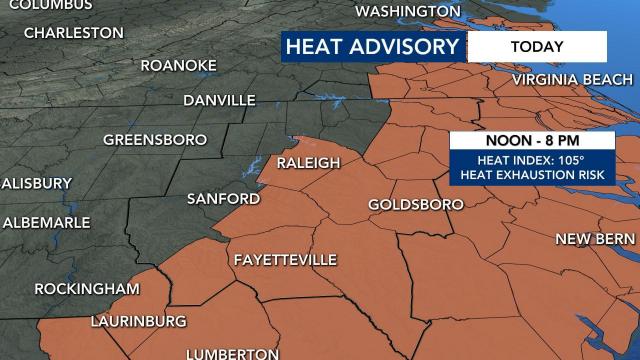 Humidity will also be high the rest of the week, adding to the sweltering conditions.

Friday will mimic Thursday, with highs in the mid to upper 90s and a heat index up to 109 degrees. There is another Level 1 risk in place Friday for areas north of Raleigh.

The weekend is looking slightly cooler, with highs in the upper 80s and low 90s both Saturday and Sunday. Scattered storms and showers will be likely both afternoons. Some of the storms could drop heavy rain, so there is a risk for isolated flooding. 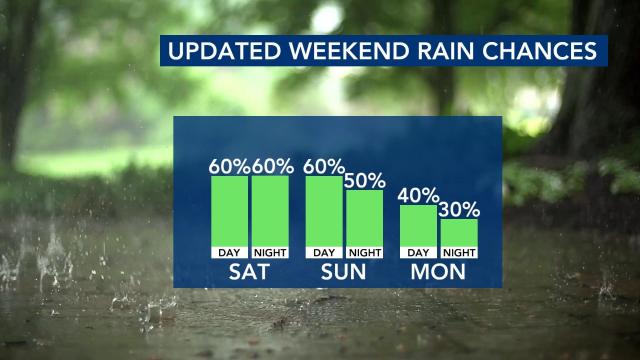 Those seeking relief from the heat can cool off at the following Wake County locations Monday through Friday:

Cooling stations will be open from noon to closing at each facility. Residents can also stop inside Wake County Public Libraries for relief from high temperatures.

Long-range forecasts indicate above-normal temperatures are likely to stay with us throughout the end of July. Temperatures for summer so far have carried an 80.1 degree average, just shy of 2010 (81.6) and 2011 (81.2) for among the hottest summers on record. 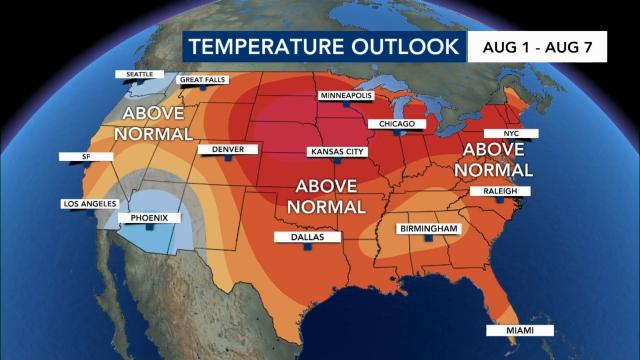 It’s been a soaking July with 7.3 inches of rain recorded so far at Raleigh-Durham International Airport and 8.08 inches in Fayetteville. Those numbers are more than 3 inches above normal, Campbell said.

Broadway play ‘To Kill A Mockingbird’ at DPAC

NASA once again calls off Artemis I moon mission due to technical issues :: WRAL.com

NASA once again calls off Artemis I moon mission due to…

Anonymous tip leads to arrest of driver suspected in…